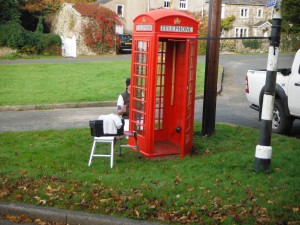 This township, formerly also called Nether Hutton, occupies a hilly tract 1,085 acres in extent (fn. 1) ; the surface is broken by numerous spurs of the hills to the north-east, the general descent, east to west, being from nearly 500 ft. above sea level at Dalton Park to less than 100 ft. near Tewitfield. The population in 1901 was 172.

Matthew Hutton was born here in 1529, and, being educated at Cambridge, adopted Protestantism and became one of the leading divines in England after the accession of Elizabeth. He was Master of Pembroke College and Regius Professor in his University, and after holding a number of dignities became Bishop of Durham in 1589 and Archbishop of York in 1 596. In his later see he showed himself a vigorous persecutor of those who clung to the old religion and in 1604 wrote protesting against any relaxation of the laws concerning them. He died in 1606. He was thrice married, and purchased an estate at Marske in Yorkshire, where his descendants have since continued. He was a benefactor to his native place, founding the school and hospital at Warton. (fn. 2)

Thomas Wilson, 1747–1813, of mark as master of Clitheroe School, was another native; he is noticed among the rectors of Claughton. (fn. 3)

In 1066 HUTTON was, like Warton, one of the manors held by Torfin of Austwick. (fn. 4) Afterwards probably it was granted to the Lancaster family and assigned by them to the endowment of Warton Church, thus acquiring its distinctive prefix. (fn. 5) One moiety of the manor appears to have been retained by the rectors of Warton in demesne, forming an important part of the rectory manor, which included lands also in the remaining townships of the parish. (fn. 6) The other moiety was held of the rectors by the Lancasters of Caton (fn. 7) and their successors, Harrington (fn. 8) and Mounteagle. (fn. 9) Other land, though not called a part of the manor, was held by the Crofts of Tewitfield of the rector of Warton. (fn. 10) In 1331 a fourth part of the manor belonged to a family surnamed Hutton, of whose history nothing is known. (fn. 11)

Lord Mounteagle in 1594 sold or mortgaged his manor of Priest Hutton to Robert Bindloss, (fn. 12) and afterwards it descended like Borwick. (fn. 13) The Croft estate is later found in the possession of Washington, (fn. 14) Lawrence (fn. 15) and Middleton of Leighton. (fn. 16) One or two other names occur in the inquisitions. (fn. 17) It does not appear that any manor is claimed now.

Whitebeck Mill was in 1560 the subject of a dispute between Richard Ashton and George Middleton. The latter claimed under a lease from Lord Mounteagle to his father Gervase, and when plaintiff cut off the stream of water he ordered it to be turned on again. (fn. 18)

There is a Methodist chapel in the Tewitfield corner of Priest Hutton.

(1394):       Sir William de Lancaster. Born at Caton on the Monday before Michaelmas in 18 Edward III, and was 17 and unmarried when his father died. To Ireland in 1360s. Proved his age in 1366 (Inquisitio existsPaying 3s. 4d. rent for the right to fish in Rothmer, 1390-1394.
Or as per Ragg, he died 1398 “possessed of half the manor of Caton, and half Littledale and Priest Hutton in Lancashire; m. Christiana. Held dower until she died in 1406 of half Caton, half Priest Hutton and probably other tenements outside of Lancashire.

The Lancaster Poor Law Union was formed on 10th December 1839. Its operation was overseen by an elected Board of Guardians, 26 in number, representing its 19 constituent parishes as listed below (figures in brackets indicate numbers of Guardians if more than one):

Mates and dischargers of vessels

For King and Country

The original village hall was erected following the World War of 1914 – 1918 in memory of those men from the villages of Borwick and Priest Hutton who were killed in that conflict.

The charity of Borwick and Priest Hutton War Memorial Hall was established in a conveyance dated 22cd Dec 1922. The Object of this charity was ‘ the provision and maintenance of a village hall for the use of the inhabitants of the parishes of Borwick and Priest Hutton and the neighbourhood without distinction of political, religious or other opinions, including use for meetings, lectures and classes, and for other forms of recreation and leisure –time occupation, with the object of improving the condition of life for the said inhabitants.’

The names of the soldiers killed are recorded on the Roll of Honour which currently hangs on the staircase wall of the new hall.

This addition to the village website is an attempt to gather all the information available about those soldiers listed.

A visit to the War Graves of both World Wars is a moving experience, to see not only the vast numbers, but also ages of those young men. Full of the ideals and enthusiasm of the time, many had volunteered and left towns and villages, like our own never to return.

He is also remembered on the memorial plaque at Lancaster Royal Grammar School.

Irving 11. His father had farmed at Brown Edge Farm and his mother was born in Borwick.

All the children were born in Arkholme.

His brother Frank W Canby also served in the army and was reported missing 9th July 1915 shortly after Thomas was killed. Frank’s name does not appear on the Commomwealth War Graves list and it is assumed that he survived the war.

Born in Priest Hutton, son of Thomas and Jane Hutchinson, worked as a gardener for Mr Briggs of Linden Hall, having previously worked at Upp Hall Farm.  In the 1911 census he was still living in Priest Hutton with his parents, Thomas aged 67 from Burton in Kendal and Jane aged 69 from Milnthorpe.

He is remembered at the Thiepval Memeorial and therefore has no known grave. It was common at the time for those killed in action not to be identified and may have a grave with a headstone bearing the label “ A soldier of the Great War –known unto God”

Between the 2cd and 5th of July the 8th Border Regiment lost 146 men killed with only 31 having known graves.

The 8th Battalion of the Border regiment fought at this time just south of  Thiepval attempting to capture the Leipzig Redoubt.

The 8th Battalion was also known as the “Kendal Pals” recruited in Kendal, Windermere, and Keswick.

Born in Chester son of Pearson and Isabella Warwick of East Lodge Capernwray,

employed as motor driver to Miss Townson of Borwick. His father, Pearson,, was 44 at the  time of his death worked as a gardener and came originally from Langwathby. Isabella, his mother was 43, and from Chester.  In 1911 Harry was the eldest of five children; Sydney 14, Elsie Gertrude11, Ethel Isabel 8, and William Pearson 6.

He is remembered at the Thiepval Memeorial and therefore has no known grave.

When he was killed the Battalion was in the Beaumont Hammel area of the Somme battlefield.

He had worked at Borwick Lodge farm and for the coal merchant at Silverdale. He had six older brothers and sisters James 47,Ellen 46, Christopher 40, Annie38, Thomas 36, and Ada 34.

His grave is at Longuenesse St Omer Souvenir Cemetry

Son of Joseph aged 54 and  Annie 47 Wilson of Linden Cottages Borwick . The cottages were situated on Snails Lane according to the census of 1901. Joseph worked as a domestic gardener.

Besides George Myles, there was also Margaret 26, Thomas Edward 22, and  Masie 18 in the family

At the time of his death his unit was involved in the 3rd Battle of Ypres also known as Paschendaele.

He is remembered at the Tyne Cot Memorial and therefore has no known grave.

He is remembered at the Arras Memorial

The seven men listed on the Roll of Honour are not the only  soldiers with connections to the villages of Borwick and Priest Hutton that were killed in the First World War.

Harry Warwick’s brother, Sydney Warwick, Private 16338 11th Battalion Border Regiment  was killed 1st July 1916 aged 19, born in Arnside. This was the first day of the Battle of  the  Somme, and  exactly one month before his brother.

He was the son of Pearson and Isabella Warwick of East Lodge Capenwray and was employed at Cantsfield House.Tunstall

His grave is at the Lonsdale Cemetry Authuile

He was the son of Alfred  54 and Jane Gunn aged 56 of The Green Priest Hutton and was brother of William 31, Margaret 30, Amelia 27, Annabella 23, Mary 21, and Sarah19 .Before the war he had worked on a farm in the Bentham area and this may explain the reason for his name not to be included on the village Roll of Honour.

His grave is at the Gonnehem British Cemetery near Bethune

The War Graves Commission has the most comprehensive and detailed information of all those killed in the military conflicts starting with the First World War.

A  most interesting  and sobering exercise is to enter ‘Carnforth’ in the search criteria on  their web site and noting the list of those killed in the area. Every town, village and hamlet around  had their share of loss. 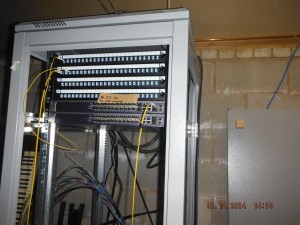